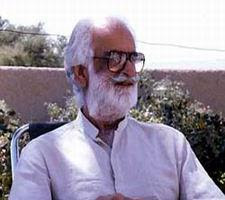 ISLAMABAD: The third death anniversary of Baloch nationalist leader and former chief minister of Balochistan Nawab Akbar Khan Bugti will be observed on Wednesday with the main gathering at Dera Bugti, The News learnt here on Monday.

The largest gathering in connection with the death anniversary of the slain leader will be held at the Bugti House in Dera Bugti. Besides Quraan Khwani and distribution of food, chieftain of the Bugti tribe Nawab Aali Bugti will also address a gathering, Jamhoori Watan Party (JWP) secretary-general Rauf Sasoli said while talking to The News.

Functions in connection will also be held in Quetta, Hub, Karachi and other towns of Balochistan, he added. Nawab Akbar Bugti was killed along with 37 armed men in a military operation in Chalgri area of Bhamboor hills of Dera Bugti district on August 26, 2006.

When this news was first telecast by Geo News at 10:23pm, even the then-prime minister Shaukat Aziz, too, was unaware of the happening. Nawab Bugti, who was born in 1927, was a former chief minister of Balochistan. The chief of the Bugti tribe went underground in 2005.

Some 21 security personnel, including some officers, were also reportedly killed in fierce clashes. Over two dozen tribesmen were injured in the area and taken into custody.

Our biggest demand is the arrest of killers of the veteran Baloch leader, Sasoli said. Pervez Musharraf, Shaukat Aziz and top leaders of the Pakistan Muslim League (PML-Q) are responsible for his death and we want them booked, arrested and tried, he said.

The JWP leader said his party believes in the federation and wants to see Pakistan as a stable country. He said they have no conflict with anybody but it is their earnest demand that killers of late Nawab Bugti are brought to justice.

To remove the sense of deprivation and restore law and order in Balochistan, it is necessary that killers of Nawab Bugti are put on trial, Sasoli said. If this demand is met, we are confident that we will be able to control the situation in Balochistan with the help of other Baloch leaders, he said.

The JWP leader said neither have they any conflict with the military nor are they opposed to establishment of more cantonments in Balochistan. He said they want that, besides setting up new cantonments, the unemployed and poverty-stricken people of Balochistan are provided jobs and other benefits to mitigate their sufferings.