There is room for war hit Afghans in Baluchistan, but no room for flood hit Baluch! By Walid Garboni

The most recent history tells us that there has been mass migration of Afghans, Fars, Punjabis and other war, feminine or poverty hit people to Baluchistan. Within last 30 years thousands of Urdu speakers from India and Bangladesh have also settled in the East Baluchistan and on Baluch lands within Sind. 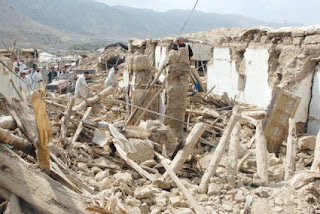 The arrival of Afghans in Baluchistan and mass migration of Urdu speakers into the Indus state of Sind have changed the demography of the two states. Despite having reservations, people of Baluchistan and Sind have over all been accommodating towards these migrants. The migrants have now settled permanently, set up businesses and possess decision making positions within the governments.
In the West Baluchistan the situation is more or less similar. Many historical cities have lost their names and Baluch majority is threatened by mass migration of Persians who have been encouraged by the government incentives. As a fact of the matter, Persians own everything thing in Baluchistan, but the majority in number, however, that majority of the Baluch is being threatened too.
Despite Baluch’s open heartedness in the East and West Baluchistan for the neighbours, the Baluch have never been treated as such at the time of need. When in Afghanistan, displaced Marri Baluch were being beheaded in late 1980s and early 90s by Taliban for not sharing the same fundamentalist ideology as them. When drought hit the West Baluchistan in 1990s, many Baluch migrated to Baluchistani cities like Chahbahar and Zahedan for earning a piece of bread for their family members. Instead of welcoming those origins of the land, their settlements were demolished by the people who not long ago themselves were given shelter by the Baluch. 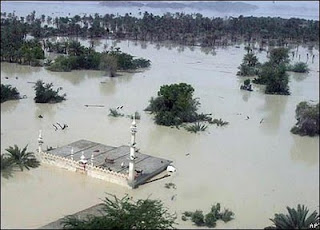 Today, the Baluch in the East Baluchistan and neighbouring Indus state of Sind are suffering as the result of sever flooding. Their children are dying of waterborne diseases. Many have managed to move to safe towns and cities of Baluchistan like Quetta, Hub, Khuzdar and Karachi where they are desperate for food, shelter and medicine. Sadly the authorities are sceptic and sending them unwelcoming messages.
The government of Sind and Baluchistan must understand the situation and grab the opportunity of providing these displaced Baluch and Sindis with emergency assistance; food, medicine and shelter. Thereafter, settle them within those places to secure their vulnerable futures. Otherwise, the resources of their states remain stretched and backwardness entails their nations.
Posted by Sarbaaz Baloch at 11:37