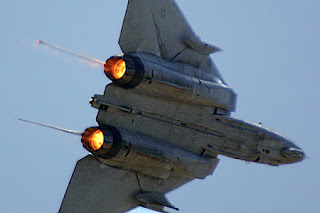 Many borderline residents of Baluchistan have acknowledged Pakistani war jets entering western Baluchistan (Iranian occupied) territories. Also several Baloch youth from Redeeg, eastern Baluchistan (Pakistani occupied), have said that they have seen dozens of Pakistani security forces vehicles filled with soldiers and were on hight alert near the borders, and have also seen some Pakistani combat jets flying towards Sarbaaz district of Baluchistan.

This is the evidence that the clerical Iranian regime has allowed Pakistani Air Force to combat Baloch Freedom Fighters by bombing their camps in the mountains of Sarbaaz (Iranian occupied Baluchistan), where there is a severe military operation going on from last two days. It is believed to be the reaction of that couple of days a go Baluch freedom fighters have abducted 6 members of Iranian Air Force in Sarbaaz district of Baluchistan.

There is also a joint military operation going on in Mand area of pakistani occupied Baluchistan, where Irani and Pakistani combat jets have been seen bombing the mountains.
Posted by Sarbaaz Baloch at 06:08