972 Baloch have been arrested in Balochistan, Iran only in November 08 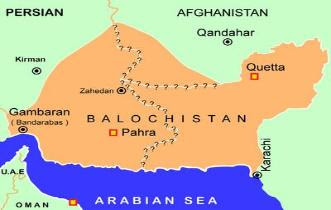 The Tortured body of Mohammad Brahouee was delivered to his family after being kidnapped on the first of December 08 by Iranian security forces, according to Balochistan Human Rights Watch. Mohammad was seriously beaten up in his own home, in front of his four children and wife and some neighbors. When he became unconscious, the security forces kidnapped him and informed his family after four days that he was dead.

When the family received the body, it was full of traces of torture, fractured fingers, and holes in his feet, scarves on his back and chest and severe injuries to his head. His whole body showed that he has been severely torture to death. This 37 years old victim of the Islamic Republic of Iran leaves behind a young wife and four small children.

The official Iranian Isna news agency also reported that one Baloch has been killed on second of December 08. The name of the victim was identified only as Abdullah. The Islamic regime usually does not give full details of identities of its victims. It is generally known in Iran that the Islamic regime usually arrests human rights and political activists mostly from Baluchistan and Kurdistan and executes them with ordinary criminals collectively to prevent the outrage of civil society activities.


Radio Baluchi, a reliable information source of Baluchistan, quoted Iranian official news agencies that 37 Sunni and Baluch have been killed in December 08 in Baluchistan and its neighboring areas. Chief Sardar Nekouee announced that the security forces have arrested 972 men in Baluchistan during an operation which was aimed at establishing and promoting social stability in Baluchistan. http://sb.isna.ir/mainnews.php?ID=News-20172
Colonel Molla Shahi, the commander of Iranian security forces in Baluchistan announced that three Baluch have been arrested and one was killed during an operation in which 28 tones of rice was confiscated. This is not the first time that the ordinary Baluch people are getting arrested or killed for trading foodstuff within the borders of Iran. The Baluch businessmen face severe limitations in conducting their legal businesses. The Islamic Republic of Iran deliberately limits the import of food in Baluchistan to create maximum poverty in this province which is the poorest province in Iran according to all United Nations researches. The three tracks that were carrying the rice were also confiscated. This is a clear indication of impoverishing policies of the Iranian regime in Baluchistan. .
Posted by Sarbaaz Baloch at 06:29