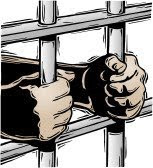 Quetta: Pakistani government has extradited Mr Ehsan Arjemandi along with 10 other Baloch to Iran. According to details the brother of Ehsan Mr. Ali Arjemandi has revealed yesterday that his brother has been extradited to Iran. Mr Ali expressed concerned about his brothers safety. He said that Iran might execute his brother as in last couple of months Iran has executed more than 20 Baloch activists including those handed over to Iran by Pakistani authorities.

Leaders of BSO (azaad) BRP, BUC, BNM and other political parties in Balochistan has strongly condemned the extradition of Mr Arjemandi and said that Iran and Pakistan are violating the International laws and treaties. The Baloch leaders urged the International Community and International Human Right Organisations to take notice of such illegal extraditions and extra judicial executions of Baloch People by the Iranian authorities in Iranian occupied Baluchistan.

2 Netherland (Dutch)3 British and1 canadian citizento Iran on 25 or 26 September.

Both Pakistani and Iranian intelligence have started a crusade against Baloch youth who are working for Baloch human rights in diaspora.

Please find out the names of European, canadian and other Baloch in Pakistani and Iranian torture camps and raise your voice for their release and return to their countries.

Both Pakistan and Iran deny the presence of any political detainee in their prisons.

We see at the end that Baloch youth are hanged by the Ahmadinezhad's brutal regime in a public square of Zahidan.

Please bring this to the notice of British, Canadian, European Union countries, Human Rights watch and Amnesty International to use their influence to save the life of innocent Baloch.

Ameeri
Posted by Sarbaaz Baloch at 03:55