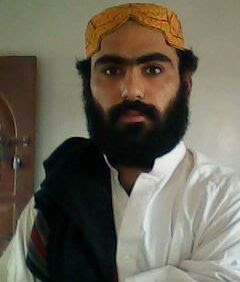 Quetta: The chairman of Baloch Republican Student Organisation Mr Gulzar Dost Baloch has been abducted from Karachi, BRO called for a shutter down protest across Balochistan against his abduction. BRO Central Committee members have said that chairman Gulzar Dost Baloch was abducted at gunpoint from Saddar region in Karachi around 2 pm on Monday afternoon; Mr Baloch was staying at a cousin’s. The Central Committee members said that GulzarDost Baloch’s abduction is the continuation of state’s criminal and terrorist activities from last 61 years against Baloch freedom loving youth.
They said that the state was scared of BRSO’s revolutionary programmes and hence abducted the chairman of organisation. They said the GulzarDost Baloch is being tortured in Karachi Kent but BRSO will not give in to their pressure tactics. They said that they won’t ask Pakistan for their chairman’s release but they do request the International Human Rights Organisation to take notice of Chairman GulzarDost Baloch’s abduction and Balochistan issue.
The Organisation announced shutter-down protest across Balochistan and asked the transport owners and traders to keep their businesses shut on 3rd November (Today).
Posted by Sarbaaz Baloch at 08:17