Chief Of Jhalawan Or National Traitor? 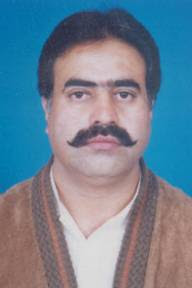 Balochistan is burning from last 62 years by the bless of Pakistan.Pakistani state terrorism is on peak,millitary operation spreaded in all over Balochistan.Morethan 500,000 displaced in different places with no shelter & food,thousands got martyred,about 8000 shifted to unknown millitary torture cells.Family members are waiting for their loved one's without knowing either they are alive?or died in the holy torture cells of Islamic Republic of Pakistan?

Pakistani government has already decided to crush Baloch nation in order to plunder natural resources.In reality rulers love the Baloch land but not Baloch nation.Islamabad promised several mega projects in Balochistan,but in actual these projects are tool to extend the slavery.

If Gwadar port will be the source of economicall revolution in Balochistan so why an army cantonment is necessary in Gwadar?The old population will be shifted to ''Fishermen Town''as mentioned in master plan of Gwadar.The new housing schemes will be populated by punjabis & indian mohajirs,while Baloch will be limited to''Fishermen Town'' as today facing same sort of problems in Karachi.Why an army cantonment needed right besides''Sui Gas Plant''?Why a cantonment is must in Kohlu?

These are the projects to weaken the Baloch nation politically as well as economically,they want to make us slave and dependent for next 62 years.State has hired several so called nationalist for performing this duty.These tribal chief's turned blind,dumb and deaf,they are unable to see the worse situation of Baloch,they cant hear the cry of nation,they got no courage to speak a word against the brutality of the state.Baloch nation being displaced,killed,kidnaped and tortured by the army of ''Islamic Republic of Pakistan''.After such a cruelity what action taken by respected ''Tribal Chiefs''.Did they take the revenge of displaced peoples?Did they take the revenge of missing persons?Did they take the revenge of martyrs?Did they take the revenge of sister''Zarina Marri'' who is sexually harassed in millitary torture cell and many others we even dont know their names.But unfortunately the ''Balochi Gherat'' (honour) of tribal chief is missing somewhere or sleeping.The provincial minister chief of Jhalawan Sanaullah zehri loosing strong hold in his area after the successful freedom movement.Baloch people already boycotted him in Balochistan now in his own constituency.The state and his terrorist army failed to crush Baloch resistance movement for Independence.Now Pakistan using her play cards in name of ''Balochi honour'' to turned a war of independence into a tribal war.Sanaullah zehri said in his recent press statement''My Balochi honour allows me to send my tribesmen in Mengal's territority.He added that'' he will fight with strength,the entire land will be full of dead bodies,and i will not be responsible of killings.''

The entire Baloch nation is in state of war,but tribal chief never contributed or ''Balochi honour'' never violated by the sins of state.But today he is becoming a hurdle in baloch national movement of independence.He is diverting a political matter into a tribal war,which is not in the interest of nation.If he will comitt this blunder on instructions of state so Baloch nation will never forgive him and history will not remembered him as ''Chief of Jhalwan'' but as a ''national traitor''