A Perspective On Baluchistan Part I Manu Sharma 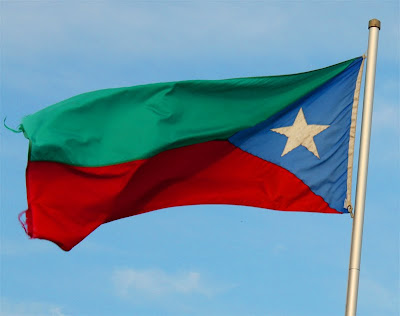 World has forgotten the movement of brave people, the Baluch, trying to carve out their true identity as equals and independents among the world's nations.

WHILE THE world has focused its attention on Pakistan in recent months, particularly on Islamabad's military operation against the pro-Taliban militants in the North Western Frontier Province and the Federally Administered Area (FATA), it has forgotten the movement of brave people, the Baluch, trying to carve out their true identity as equals and independents among the world's nations.

The Baluchistan conflict is between the Baluch sardars and the Pakistan government in their struggle for preservation of tribal autonomy and feudalism. The controversial history of the north-western region dates back to the time when the Durand Line was drawn by the British in 1893, dividing the Pashtun and Baluch tribes of the area into the international borders of Iran, Afghanistan and what later became West Pakistan (present day Pakistan). The Baluchs found their nomadic ways disrupted by this division and were unhappy with the outcome. While the British and later the Pakistan state, have always maintained that the Baluch are mostly tribal, backward, illiterate, village people who have no sense of governance, rule of law and democracy, we Indians feel otherwise. Our point of view is that they are culturally rich people who had kept their ancient traditions alive till today.

Afghanistan also objected to the inclusion of ethnic Pashtun and Afghan areas into present day Pakistan. When India and Pakistan gained independence, provinces were given the choice of either joining Pakistan or India or being independent. Khan of Kalat, Mir Ahmed Yar Khan declared Kalat's independence. The Governor General Lord Mountbatten decided that the province would not survive as an independent entity and that offer was taken off the table due to Jinnah's intervention. The Baluchs preferred independence foremost and had chosen India as the second choice these demands were not acknowledged.

We Indians stand behind the Baloch. We may consider ourselves as separate countries but our hearts are one. Our relationship is based solely on mutual love, trust and understanding with great respect to each other's sentiments, culture, age old traditions and religion. Our relation goes way back centuries when India was the only neighbour of Baluchistan.

The struggle for freedom of Balochistan has been going on since the early 1960s. The lack of development in this impoverished province, which is ironically the richest of Pakistan's four provinces in natural resources, has left it fighting for its survival. This region is not only strategic to our national interest but also stands high on our list as an independent nation.

Pakistan is only after the regions strategic value and wealth and does not hold the people of Baluchistan with any respect. The two reasons of Pakistani control are

Its rich natural resources like gas, gold and copper. The province, however, benefits little from these resources as they end up with the state government. The Baloch also get no royalty from gas while other resources are also silently siphoned away. Adding to its woes are tribalism, illiteracy and corruption at administration level.

Baluchistan was forcefully annexed with Pakistan, through a military operation, on March 27, 1948 due to its strategic value.

Pakistan's army has committed many atrocities here. They denied every right to the Baluch people. They colonised their motherland, looting and raping as their prime motto and the problems of Afghanistan are of only Pakistani origin. The following have been the key conflicts against oppression here:In April 1948, the Central government sent the Pakistan army who forced Mir Ahmed Yar Khan to give up his state. His brother, Prince Abdul Karim Khan, decided to carry on with the struggle and on the night of May 16, 1948, he decided to lead a separatist movement against the Pakistani government with the help of leading members of nationalist political parties-the Kalat State National Party, the Baluch League and the Baluch National Workers Party for the creation of an independent "Greater Baluchistan." Apart from his political motives, the Prince was a member of the royal family and the former governor of the Makran province.

1958-59: Nawab Nawroz Khan took up arms in resistance to the One Unit policy, which was designed and initiated by the federal government to suppress and eliminate an armed struggle in the garb of eliminating feudalism and ethnic divides and prejudices. The Pakistani army butchered his followers and those left were charged with treason and hanged. Khan later died in captivity with a dream of an independent Baluchistan.

1963-69: After the second conflict, the army was sent here to build new garrisons, to fortify and strengthen their illegal position. Sher Mohammad Bijarani Marri led like-minded militants and started a guerilla warfare against the establishment of these posts by creating their own posts of freedom struggle, spreading over 45,000 miles (72,000 km) of land from the Mengal tribal area in the south to the Marri and Bugti tribal areas in the north. The Army brutally suppressed the struggle by slaughtering people belonging the Marri tribe. This insurgency forced the withdrawal of "one Unit Policy" in 1969. This eventually led to the illegal recognition of Baluchistan as the fourth province of West Pakistan.

1973-77: Dismissal of the provincial government in 1972, led to armed insurgency. Pakistan lied to the world and on a wrong pretext that Iraq was supporting Baluchs living in Iran, took it as ruse to invade the tribes in order to suppress them. Khair Bakhsh Marri formed the Baluchistan People's Liberation Front (BPLF), which led large numbers of Marri and Mengal tribesmen into guerilla warfare against the Central government. The army killed tens and thousands of tribesmen.

2004-to date: In 2005, the Baluch political leaders Nawab Akbar Khan Bugti and Mir Balach Marri presented a 15-point agenda to the Pakistan government. Their stated demands included greater control of the province's resources, protection for the Baluch minority and a halt to the building of military bases so that they could free their people from Pakistani slavery. In August 2006, Nawab Akbar Khan Bugti, 79 years old, attained martyrdom figting against the army.