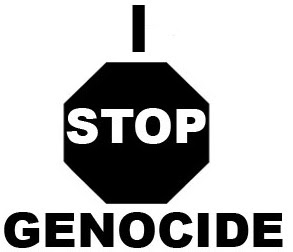 A Statement by the Asian Human Rights Commission

On September 2, the Asian Legal Resource Centre released a statement calling urgent attention of the UN Human Rights Council to the threat of indiscriminate revenge killings in Balochistan made by Pakistan’s law enforcement agencies. (Please refer to the ALRC statement at: http://www.ahrchk.net/statements/mainfile.php/2009statements/2205/)

That threat was tragically realized on September 6, when the Frontier Constabulary (FC), a paramilitary group put in charge of law enforcement in Balochistan by the Asif Zardari government, deployed teargas and fired indiscriminately at a memorial service attended by hundreds, killing one and critically injuring others.

On Sunday morning, members of the Baloch Nationalist Front organized a public gathering at the hall of Government High School Tump in memory of their fellow colleague Shaheed Meer Jan Meeral, who was reportedly killed by the Pakistani army three days earlier. According to the organizers, the crowd was chanting slogans when uniformed men of the FC entered the hall and ordered immediate adjournment of the gathering. When the crowd refused to leave, the FC used teargas to disperse the crowd before opening fire and physically attacking the attendees.

Amidst indiscriminate fire, a Baloch activist, Mr. Mukhtar Baloch s/o Aziz Baloch, was killed by gunshots on his chest while 27 other attendees, including four women, were seriously injured. Ms. Shahnaz, a member of Baloch National Movement, is currently in critical condition at the Agha Khan Hospital in Karachi with bullet wounds on her neck and chest. Imram Baloch s/o Jaan Muhammed, a young boy of six, also suffered injuries from the FC’s attack. According to witnesses, many attendees were arrested and taken away on the spot, including five members of the Balochistan Students Organization.

After the incident, the officers involved in the shooting refused to accept responsibility for their behavior. They reportedly claimed that gunshots were first fired at them from inside the school hall; however, according to information received no FC officers are known to be injured.

The Asian Human Rights Commission (AHRC) strongly condemns the outrageous behavior of FC officers involved in the indiscriminate shooting. It is deeply disturbing that with the ongoing abductions and target killings of political activists, law enforcement agencies in Balochistan have decided to go even further and kill innocent civilians at will. That children should become victims of military violence is unacceptable; and for the FC to be able to use with impunity such a condemnable tactic to instill fear among Baloch nationalists reflects not only recklessness on the part of the FC but also the worrying collapse of law and order in the province.

The AHRC has repeatedly called on the government of Pakistan to stop the hostile acts committed by state agencies in Balochistan and to bring all perpetrators to justice. Its failure to take concrete action is encouraging the vicious cycle of violence, with Baloch nationalists, feeling helpless before a government irresponsive to their plight, taking matters into their own hands and staging increasingly violent responses against law enforcement agencies.

For the safety and security of the people of Balochistan, the AHRC appeals to the UN Human Rights Council and international rights bodies to take urgent notice of the daily killings in the province by law enforcement agencies, in particular the Frontier Constabulary, and to use their influence in a concerted effort to lobby the government of Pakistan to enter into dialogue with the Balochi people instead of resorting to violent means that has thus far been proven ineffective and deeply damaging.