Turkish Relief aid arrived in Baluchistan, but no sign of Pakistani help for Baluch 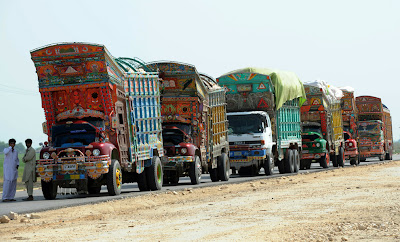 News report confirmed arrival of 25 truck load of relief goods for the East Baluchistani victims of flooding. A deliberated diversion of the Indus River flow by Pakistan agriculture land lords to save their lands had caused server flooding in eastern parts of Baluchistan in August 2010.
The flooding submerged many populated towns of in area and killed numerous people and livestock. Thousands of Baluch were displaced who were living without food and shelters’ ever since.
The arrival of Turkish aid brings a momentary sigh of relief for some, but Baluchistani political activists and social groups are continuously complaining about lack of Pakistani government attention towards the victims of flood.
Even with the arrival of foreign aid, many local are sceptic if it reaches those in dire need. The handing over of the goods to Pakistani army instead of local authorities, give Pakistanis every opportunity to divert valuable part of it to their family and friends in Punjab.
Posted by Sarbaaz Baloch at 06:27