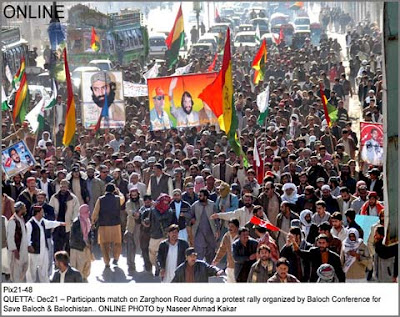 The situation in Balochistan is grave and demands for independence are growing stronger.

A situation akin to 1971 is brewing in Balochistan. Radical nationalists advocating a separate state of Balochistan are steadily gaining popularity at the expense of those who continue to look for a solution within the federal framework.

The reasons for this surge in separatism are quite apparent. The people of Balochistan have a long list of grievances, and next to none have been addressed over the last 60 years. Instead of negotiations and redressing the wrongs, successive Pakistani governments have resorted to brute force in the form of five military operations starting as early as 1948.

The 1973 constitution provided for complete provincial autonomy within ten years. To date, this remains a meaningless promise on paper.