Balochs in Iran, the “enemies of God” 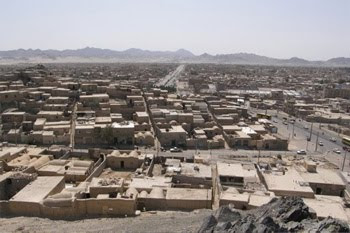 Story and photos by Karlos Zurutuza
Originally published in Spanish by gara.net

The last Jundallah attack in Western Balochistan´s capital has exposed the dire situation local Baloch face under Tehran´s rule. Since the annexation of Western Balochistan to Iran in 1928, Iranian Baloch have been condemned to an assimilation based on both ethnic and religious factors.


“This city sucks”, complains Abdullah, a young Saudi businessman who has already spent over two months In Zahedan trying to close a deal with Baloch camel merchants.

“No women, no alcohol, no fun…and, what is more, everybody takes me for an Al-Qaeda terrorist!”, complains this 27 year old bearded Arab. He can hardly wait to return to his native Riyadh. 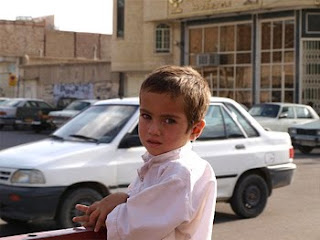 Zahedan is the capital of Sistan and Baluchistan province. Sharing borders with Afghanistan and Pakistan, here every “non farsi" is a potential "terrorist", “drug dealer", or both at the same time. And if you are a Westerner, you must be an “agent”. The ayatollahs accuse the Baloch of collaborating with the West and the armed People's Liberation Army of Iran (formerly "Jundallah"), a Wahabi type group, of allegedly receiving assistance from both the CIA and Al-Qaeda. True or not, the Shia regime seems not to distinguish between the fight against drugs and political dissidents. The result of this conflation is the public hanging of Baloch without benefit of trial. Just last June, 19 "enemies of God" were executed in Zahedan. They were characterized as "corrupt on earth"--in other words, both “terrorists” and “drug dealers”. 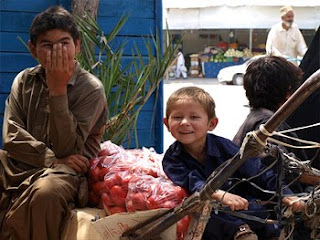 "Did you know that here they use camels to smuggle heroin from Afghanistan? Once they are taught the route, the drug is then grafted inside the hump and the animals make their way across the border", explains the young Saudi with a smile shining from his black beard.

In fact, drugs have always been an issue here. When Western Balochistan was annexed by Iran in 1928, Britain had already introduced the opium trade to the region long before. Compared to other parts of the country, its use here was still rare, limited to a handful of tribal leaders. But the consumption of heroin in Western Baluchistan was given a boost with the Pahlevis, whose huge windfall profits were not lost on the ayatollahs. Local public Farsi officers (Baloch are prevented from governmental positions) amassed huge fortunes and now continue to make money with the drug traffic that comes from neighbouring Afghanistan. Meanwhile, Tehran directs their “war on drugs” at small dealers. Drug abuse itself it not worried by Tehran, for a Baloch population hooked on opiates, estimated to be as high as 50%, simply translates as 50% fewer potential dissidents. 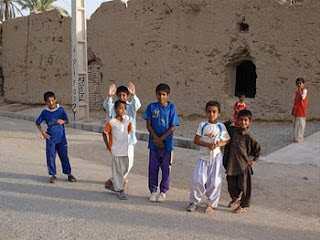 Neither men nor names
First local place names just vanish (Zahedan was Duzzap until the early '30s) and the same happens later with the local Baloch population. Today, 6 out of 10 people in Zahedan are Farsis. Unsurprisingly, there are no official figures for the missing local Baloch.

But there must be many, as added to the plethora of Persian security forces and intelligence services is now also the Mersad. It is a paramilitary group said to be operating under the direct orders of the Supreme Leader, Khamenei, that specializes in random beatings and shootings; doubtless an effective way to spread the sense of terror and insecurity among the local population. This unemployed young man from Khash came across them last year. "It was about six in the morning. We were waiting at the entrance of the village for someone to offer us work in the harvest. Suddenly, we heard firing from a Toyota van. Three died and other eight were wounded", explains this young man whilst he shows a bullet wound on his left shoulder. 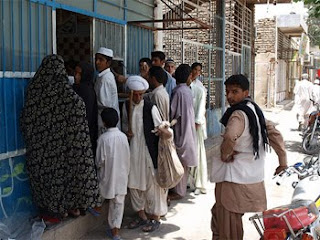 When the British entered the region in the 18th century, they asked the local Baloch people how they wanted to settle civil cases. Unlike their neighbours who cried “Sharia (Islamic law)”, the Baloch shouted “Rawaj (Baloch traditional code of conduct)”. Tehran has obviously not bothered to ask anybody so, despite the constant killing of Baloch dissidents and Sunni religious leaders, no one in Tehran ever speaks of “religious conflict”. Such is the Persian version of the “war on terror”… and drugs!

"It is a tyrannical regime that seeks the Farsis total hegemony in Iran, nothing else”, complains one of the very few ethnic Baloch professors at the University of Sistan and Baluchistan. He denounces that out of over 20,000 students on the campus, only 500 are Baloch. Needless to say, discrimination in the classroom is proportional to the labour market.

"70 years ago this province was just called Baluchistan; later it turned into Baluchistan and Sistan', and today it´s `Sistan and Baluchistan'. If we stick to this trend, in the future it will be just called `Sistan´", explains this maths teacher. "The power in Iran is held by the Farsis since the Shah´s times. Nonetheless, with the Pahlevis our only 'sin' was our ethnicity, but today Tehran also hates us because we are Sunnis", he adds. 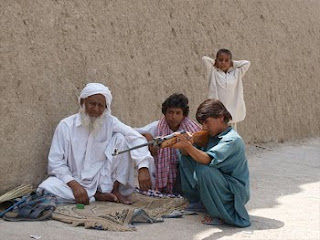 The Kurds in the northwest of the country, or the Arabs in the south also have to cope with this “double handicap”. That´s the price to pay in a country which claims to be a republic, but is very much ruled as an empire.

"The main obstacle is the Iranian Constitution itself. It limits the Persian identity with Shiism as the only religion and Farsi as the only language", says Ibrahim, a student in the campus. "This is the source of the apartheid imposed on us by the ayatollahs," he stresses.

"I am Iranian"
Whatever the case, the university still remains an unattainable dream for most Balochs here, for Sistan and Balochistan provice has been deliberately abandoned to become the poorest region in the Islamic Republic. Mansur has a small appliance store in the impoverished town of Iranshar (once Parah), the second largest settlement in Western Balochistan.

In Tehran people take Mansur for an outsider for his dark complexion and, above all, for his white shalwar kameez, that long shirt and baggy pants set that is indistinguishable between nationalities in Central and South Asia.

"When I go to Tehran they always ask me whether I am Pakistani or Indian”, says the trader. "Then they get puzzled when I tell them in perfect Farsi that I happen to come from their very same country" he says.

"You are not Iranian," Mansur often has to hear on such occasions. "Unfortunately, I am."

The Baluch
Posted by Sarbaaz Baloch at 12:58