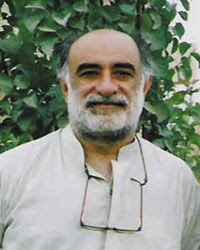 A petition in the Balochistan High Court seeking the registration of a murder case against Pervez Musharraf is the latest blast from the past for the former Pakistan ruler. On Tuesday, Nawabzada Jamil Bugti petitioned the Sibi bench of the provincial High Court asking it to direct the police to register a case of murder against the former President for the killing of his father, Nawab Akbar Bugti, in August 2006.

Bugti was killed in a military operation on his cave hideout in the Dera Bugti region of Balochistan.

In the months before, he had become the face and voice of anti-government resistance in the troubled province and General (retired) Musharraf had vowed to get him.

But through this time, Bugti also continued to maintain friendly ties with Pakistan's political leaders, including the ruling Pakistan Muslim league (Q).

His killing sparked rioting in Balochistan, with the people of the province rallying against General Musharraf. Jamil Bugti approached the court in Sibi seeking its help in getting a First Information Report registered against the military ruler and others in his regime, including the then Prime Minister, Balochistan Governor and Chief Minister, following a police refusal to register the case.

The court is to take up the petition on September 2.

General Musharraf lives in London these days. Given the mood against him in the country, especially after the July 31 Supreme Court verdict declaring his November 3, 2007 emergency unconstitutional, his return to Pakistan is most unlikely.

Demands for his trial on charges of treason, particularly from the Pakistan Muslim League (N), are growing by the day.

And earlier this month, acting on a court order, a police station in the Pakistan capital registered a case against General Musharraf for wrongfully detaining the judges of the Supreme Court, including Chief Justice Ifthikar Muhammed Chaudhary, when he imposed emergency rule on November 3, 2007.