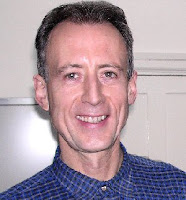 WASHINGTON DC: Two European journalists have been given the Nawab Akbar Khan Bugti Reporting Award for their objective news writing on the situation in Baluchistan, a DC-based organization announced on Tuesday on the eve of the third anniversary of the slaying of the Baluch statesman at the hands of Pakistan army.
The premier American Friends of Baluchistan has announced it will honor the works of two distinguished European journalists, Peter Tatchell of London and Karlos Zurutuza of Basque Country, Spain, for highlighting the Baluchistan struggle for independence in the The Guardian and the Spanish-language Gara newspaper, respectively.

"The two journalists have taken great personal risks to professionally bring to the fore one of the most under-reported struggles in the world today: the Baluch fight to regain their lost statehood from Pakistan and Iran," three presiding council members of the A.F.B., Rasheed Baloch, Mohammad Ali Baloch and Nabi Baloch said in a statement on the eve of the third death anniversary of Nawab Bugti that falls on August 26.

Nawab Bugti, 79, one of the most popular Baluch statesmen, was killed extra judicially by the Pakistani occupation army in Baluchistan on August 26, 2006. His martyrdom has strengthened the Baluch liberation movement that has now become widespread all over Baluchistan.

"Peter Tatchell is a well-known name all over Europe for his fight for human rights, including the birth rights of the oppressed minorties. Karlos Zurutuza in the past earned the love and respect of the Kurdish people and his bold writings on the freedom movement in Baluchistan has been widely appreciated, " the three presiding council members said.

The award will be in the form of a coin-like medal with the picture of Nawab Akbar Khan Bugti, 79, on one side and an inscription that will read "Baluchistan azaat ba'at" on the other side. The inscription means "Baluchistan shall be free."It will be presented to the two journalists at an upcoming event in London, England, by London-based leaders of the Baluch liberation movement.

The A.F.B. said next year, it will award famous U.S. writers and journalists, Selig S. Harrison of the Center for International Policy and Wendy Johnson, publisher of www.thebaluch. com, for their services in highlighting the ongoing struggle in Baluchistan.

Former U.S. Ambassador to Pakistan, Robert Oakley, described Nawab Bugti as a martyr for a just cause. He was awe-inspired by Nawab Bugti's leadership skills and came on public record to say he was capable to become a governor of any U.S. state.

Meanwhile, A.F.B. activists will stage a protest demo and distribute handbills against Pakistani businessmen Muslim Lakhani who is accused of looting the Baluch gold and copper resources at Reko Diq during the regime of former coup leader and dictator General Pervez Musharraf.

"Well done boys," General Musharraf, whose mother Zarin was a famous dancer from Lucknow -- the India city known for its brothels since the Mogul days -- congratulated the Pakistani soldiers who killed Nawab Bugti. The coffin of the slain leader was kept locked by the Pakistan army and none of his next of kin were allowed to see his last remains.
http://www.balochwarna.com/modules/news/article.php?storyid=2125
Posted by Sarbaaz Baloch at 09:29