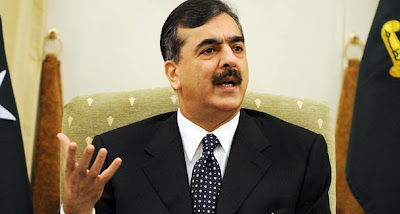 ISLAMABAD: The government has combined the recommendations of various committees formed to discuss the issues of Balochistan and it will make a formal announcement at an appropriate forum, Prime Minister Yousaf Raza Gilani told reporters.

Gilani said the government had consulted all stakeholders regarding Balochistan, adding that it was also planning to convene an all-parties conference to discuss the problems of the restive province.

The PM also maintained that the Pakistan People’s Party (PPP) and the Pakistan Muslim League-Nawaz (PML-N) enjoyed a relationship of mutual respect based on the Charter of Democracy (CoD).

He said there were minor differences between the two parties over some issues, adding that all modalities would be worked out through dialogue.

The prime minister said he could meet Nawaz Sharif any time.

He said these power plants were the only available quick solution to the current power shortage in the country. — DawnNews

As far as Balochistan is concerned then its biggest problem is being in the same union with Punjab (Pakistan).

This is not the first time the government is saying that it will resolve Balochistan's problem, this is their daily routine to say all these but when it comes to act then the only thing Pakistan could do is to deploy more FC, Police or any other security personnels in the sensetive areas of Balochistan to even more worsen the situation.