nobody can save the Baluch from the Persian, Shiite colonisation but the Baluch 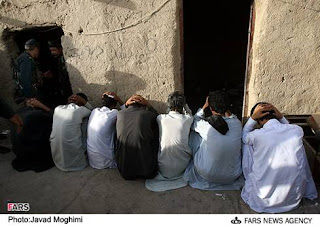 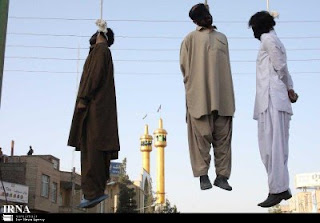 Iran is a multi-religion and multi ethnic state. There is no reliable censor to determine the religion and ethnic population that constitutes Iran. Today’s Iran does not represent the old Persia it has been argued that a civilization cannot survive without a culture and its religions. A Unique civilization needs unique laws, the Old Persian religion and its laws were dead. The contemporary Iran laws are the Shiite religious laws and their culture is an Islamic culture. They evaluate their action with the Shiite religious value, all Iranian are not the Shiite.
The line which divides the Iranian population is the Shiite sect against the Sunni Muslim. The religion divide is much wider than the ethnic and linguistic division in the Middle East. An experience in Iraq has shown that the religion loyalty is much stronger than the ethnic loyalty. The Iraqi Shiite has conspired with non Arab Persian co-religion in order to eliminate the Iraq Arab Sunni. The Iraq’s Arab population shares language and cultures, history, the population is divided into two major sect of Islam and they cannot tolerate each other, they have taken to the arm to eliminate each others. Shiite and Sunni divide is not confined into the Iraq
.
Most modern states protect their population from external and internal threats regardless of their religion, ethnicity, colour, and class. The Iran borders are not shield to protect the Iranian citizen from internal and external threat, the state itself is the biggest threat against the Baluch and others, and on the other hand Iranian regime is willing to risks everything that Iranian have in order to protect the Lebanon and other Shiite around the world.
It has been said that about the twenty million out of seventy millions Iran’s population are the Sunni sect of Islam. The Iranian Shiite based constitution discriminate the twenty million Iranian populations. The Iranian Sunni Muslim cannot be nominated for the office of presidential, head of parliament, minister, and provincial, governor-ship.
Sistan and Baluchistan is the poorest province of Iran, Baluch are not belong to the Shiite sect of Islam, Baluch are not Persian, they are culturally and the linguistically, historically different from the rest of Iranian. Before (1980) revitalisation of fundamentalist Islam in the region one could claim that the majority of Baluch were secular. I am not sure it is still the case but future is not looking very bright. To Baluch Iranian are occupying their land, humiliating them in public. The Iranian regime persecute the youth by hanging them in the groups in a public squire and hangs their dead body for days and hanged persons relatives must pay the Iranian authorities in order to receive the dead body of one’s father, son, brothers. Iranian confiscates the Baluch properties and distributes the loots among themselves.
The Representative of the supreme leader Ayatollah Ali Khamenei in Sistan and Baluchistan, the Sunni majority province, has ordered the Sunni faithful not to pray in public places. The Sunni must subordinate their pray under Shiite Mullah. At the present of Shiite Imam Sunni Imam cannot lead a communal pray, this is contradictory to Sunni’s believes. I do not believe that is acceptable to any Sunni, because the Sunnis and Shiite are two different schools of thought with the very serious differences. Each doctrine believes the other is the imposter. I would like to leave the fatwa to the Mullahs.
The Persian king had destroyed the Baluch fort, they have changed Baluch cities names, they rationalised the Baluch names Persian has distorted the Baluch history. They have destroyed Baluch economy now they are even trying to impose the Shiite religion on Baluch. I think everything has a limit but the Persian and Shiite have crossed every boundary against the Baluch. They are denying every means to existence. It is the time for the Baluch in Iran to mobilise themselves nobody can save the Baluch from the Persian, Shiite colonisation but the Baluch.
M.Sarjov
Posted by Sarbaaz Baloch at 16:04