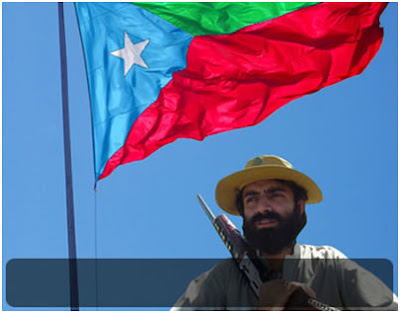 According to Balochistan’s news paper “daily intekhab”, reported on October 18th 2009 that the Baloch Republican Party (BRP) interime central information secretry Riaz Badini said in his statement that Pakistan’s “ So - called democratic geovernment in the shape of being a friend making a dangerious attack” on Baloch nation.
In Dera Bugti the state forces are once again prepearing for another militry operation, they have been deploying number of army vehciles and their logistics. While the Baloch prsioners are facing inhuman treatement in Quetta and throughout Balochistan in the hands of Pakistni forces.
He strongly condmened the Baloch Students Organizations (AZZAD) workers are being arrested in front of the Quetta press club.
He stated, that Baloch nation from the beginning struggled and sacrifed heir lives for their homeland and their struggle will contniue.
The party main spokeperson Sher Mohammed Bugti expressed his deep concern about the disppearance and arrested Baloch’s in the hand of Pakistani secret agencies such as Jalil Reki, Mir Abdul Wadood Raisani, Aurangzeb Badini, Master Yaya Jamldini, Zakir Majeed, Dr. Din Mohammed Baloch, Mushtaq Baloch, Qadir Baloch and the rest of the Baloch. They have been treated inhumanly in the prision, his grave concern is “their life is in danger”
He stated, the governments claims of pakages for Balochistan’s are “nothing but bunch of lies” They (rulers) have no concern about the Baloch nation instead of trying to bring them in the circle of the so called national politics to keep plundering the Baloch national wealth.
Balochhomeland
Posted by Sarbaaz Baloch at 04:47