Terrifying blast in western Balochistan: a reaction of an inhuman act 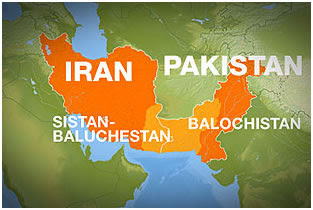 By not allowing the whole region to be slaughter ground international powers must think and make it possible to resolve the Baloch land issue - unnatural divisions among Iran, Pakistan, and Afghanistan. Through that strategy the lawlessness in Iran will end and in Pakistan Baloch will be rid of state terrorism. If the international powers cannot do this those whose innocent loved ones were murdered they will take personal revenge to those states. Whatever method they think will be appropriate they will adopt. They may not adopt (the strategy) what the international powers are going to call good or bad. When they feel they are alone and helpless then they will be forced to think otherwise. If the world body is unable to play a positive role then individuals do not consider it to be accountable of any rules. Through, their personal revenge a whole nation or their freedom struggle should not be labeled terrorist; that would not be fear.
In conclusion, Baloch and Balochistan’s problem has taken serious shape, by only looking at that serious problem on the surface it will cause serious consequences in that region. So, the international powers should not look at Baluchistan’s situation according to Pakistan and Iranian eyes because they are the foe of Baloch, till now the world body is making decisions according to their (Iran, Pakistan) base of provided information. Obliviously, their information are misguided and one sided one.