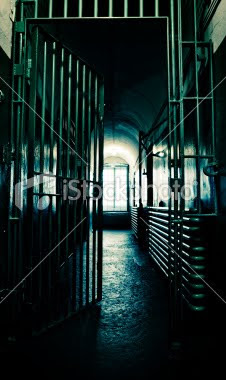 PESHAWAR: By Ghulam Dastageer (October 19, 2009) The Human Rights Commission of Pakistan (HRCP) has reported 30 new cases of “forced disappearance” from the Balochistan province during the current year (2009).

The commission stated that it came across the cases during a weeklong mission to Balochistan led by its Chairperson Asma Jahangir. Following is the brief detail of the missing persons:Shahzaib Baloch: A student of information technology and a member of Baloch Students Organisation-Azad (BSO-A). He was arrested from Quetta by security agencies on February 2. Nevertheless, he was released later.

Mureed Bugti: A member of the central committee of the Baloch Republican Party (BRP) was allegedly arrested by security forces from Jaffarabad on February 5 and was released later.Jaleel Rakei: A member of the BRP, Rakei, was arrested by security personnel during a raid at his residence in Sariab Kechi Beg on February 6 after law-enforcement agencies launched crackdown on political workers.

Dr Basheer Azeem: Eighty-year-old central secretary-general of the BRP was fortunate enough to be traced on March 31 in Karachi after he was picked up from Sibi on February 6.Chakar Qambarani: He was an activist of the BRP and was arrested by security personnel during a raid on February 6. He was released in August and was traced in Quetta.

Abdul Kabeer Baloch: He was an active member of BSO-A. The BNP reported that personnel of intelligence agencies “kidnapped” him along with his other two friends from National Highway in Khuzdar on March 27.

Mushtaq Ahmed Baloch: He was picked up from outside the Khuzdar sessions court by personnel of an intelligence agency on March 27.Ataullah Balcoh: Member of the Baloch National Party-Mengal (BNP-M) and his two friends were arrested by unknown armed persons from National Highway in Khuzdar on March 27. The BNP-M claims that the personnel of intelligence agencies “kidnapped” them.

Ali Ahmad Baloch: He was allegedly picked up by security personnel in civvies during a raid on his house in Teen Town at 1 a.m. on May 2. The police concerned refused to lodge first information report (FIR) in his case.

Imran Baloch: The security forces personnel in plainclothes are stated to have picked him up during a raid at his house in Teen Town at 1 a.m. on May 2. Zakir Majeed: He is a student of master in psychology in University of Balochistan having affiliation with BSO. Unknown persons picked him up from Mastung area at 9 p.m. on June 8 when he was coming from Noshki to Quetta. The family members allege the state agencies were involved in his abduction.

Dr Din Muhammad Baloch: A medical officer by profession, he was in-charge of ADHO Rural Health Centre, Ornach, in Khuzdar district. According to his family members, he was “abducted” at 2 a.m. by sleuths of an intelligence agency from his residential quarter adjacent to the health centre on June 29. An FIR was lodged with the police station concerned against unknown men. Family members wanted to nominate officials of an intelligence agency in the report.

Samiullah Baloch: The FC personnel arrested him from Satellite Town on July 19 and claimed to have recovered a suicide jacket from his possession. His case is pending with an anti-terrorism court.Takari Muhammad Hashim: A noted elder who was arrested by uniformed state agents from RCD Road while he was coming to Kalat by a vehicle at 4 p.m. on July 21.

Ehsan Erjemandi: He is a Norwegian citizen and a former secretary-general of “Greater Balochistan Liberation Organisation”. On August 7, he was reportedly arrested by the personnel of a prime intelligence agency of the country from Othal in Lasbela when he was on his way to Karachi from Mand in a bus. According to eyewitnesses, some of the men who arrested him were in police uniform and others were in mufti.

Mir Zafar Yaqoob: He was ‘arrested’ by security forces on August 21 when he was travelling by bus from Quetta to Kharan. Since then he is missing. Saadullah Baloch alias M Sadiq: He was picked up from Chakar-i-Azam Road in Khuzdar purportedly by armed personnel of a law-enforcement agency at 6:30 p.m. on August 21. A nearby checkpoint of militia was instantly informed but they said that Saad had been arrested for questioning and would soon be released.

Abdul Hai Bangulzai: Twenty-one-year-old Bangulzai was reportedly coming from duty at about 2:30 p.m. on August 28 when FC personnel arrested him from the area near Polytechnic Girls College Sariab Road in Quetta.

Mujeeb Ahmed Baloch: He was an organiser of the BSO-A. A student of IMS (MPA final semester), he was allegedly abducted by intelligence agencies from the premises of the varsity on September 1.

Chakar Khan Marri: He was abducted at around 1 p.m. along with six other Baloch student leaders by FC personnel from Balochistan University Quetta on September 3. Three of the seven students were released the next day. Another two of them were handed over to police after a couple of days while Chakar Khan and one of his friends Hidayatullah are still missing.

Hidayatullah Bangulzai: He was a student of BA. He was allegedly abducted by FC personnel from the University of Balochistan at 1 p.m. on September 3. Nasir Ali Baloch: A student of Economics Department (final year) of the Balochistan University, he was picked up from the varsity premises on September 3, according to eyewitnesses. He had no affiliation with any political party.

Abdul Qadir Langove: He was allegedly arrested by security forces from his house in Killi Ismail in Quetta at 9 a.m. on September 8. His relatives say that he had no affiliation with any political party.

Fazluddin: He was allegedly picked up by state functionaries when he was coming from Mastung to Quetta on September 27. His family members approached Shalkot police station to get an FIR registered but to no avail. His younger brother Ghulamuddin accuses intelligence agencies of picking him up.

Saeed Mengal: He was arrested from his house in Killi Qasim Khan in Dalbandin by paramilitary forces, according to the family. Information about the disappearance of Fazl Kareem, Ghulam Nabi and Muhammad Iqbal is pending. They went missing on July 1, August 1 and July 3, respectively.

The News:HRCP reports 30 new ‘forced disappearances’ in Balochistan
Posted by Sarbaaz Baloch at 11:33