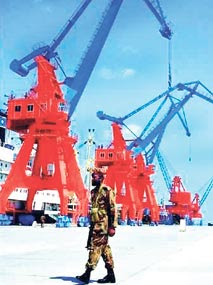 In these days Balochistan package is a hot issue in the pakistani print and electronic media ; where government claiming the big changes in the lives of ordinary Baloch people.Pakistani government promised to solve the deprivation of 62 years in this newly package ''Aghaz Haqooq-e-Balochistan''(Begining of Balochistan Rights).Here i would like to mention few points of package.


Since the army operation started in late 2000 so far nearly nine thousand people are missing from all over Balochistan including 150 women.They have been picked up by the ISI & MI from ages,no one knows about their whereabouts; either they dead or alive?.The most worrying thing is that after the announcement of package,the series of kidnapping by ISI &MI is continous.Sangat Sana of Baloch Republican Party pickedup on 8th december while Comrade Abdul Ghaffar Langou Baloch has been abducted from a hospital in Karachi on 11th december,instead of releasing government is increasing the numbers of missing person.

Pakistani security forces carried out a major military offensive in Makoran, Washk and Awaran regions of Balochistan, three civilians have been killed and a woman has been injured due to indiscriminate bombing by Pakistani forces;entire Makoran region is in the fire of fierce brutallity of Pakistani forces.Alas!this so called democratic government is unable to stop the operation.But its extending day by day to all regions of Balochistan.

The 450,000 Baloch who were displaced by the pakistani army in the Dera Bugti,Kohlu and adjacent areas who are still waiting for shelter,water,food,medication,education
jobs.In this package government mentioned to rehabilitate the displaced people.But once again situation is getting worse after the ongoing operation in the Makoran region.Pakistani fighter jets & gunship helicopters heavily bombarded the huts and the fields of Baloch people,once again sons of soil turning into refugees in their own homeland,many families migrated to other areas due to the aggression of Pakistani army.

Another interesting point of this package is five thousand jobs for graduates from Balochistan.Before discussing this point i would like to qoute the few lines of an article of Nargis Baloch the editor of ''The daily intekhab''.In that article she mentioned the story of four graduates of ''dera bugti(sui) who went for an interview in the (PIDC House) the head office of Pakistan Petroleum Limited in karachi.On the entrance of the building security personel asked them that why all of you came over here? they replied for an interview,afterwards security personels asked for their domicile documents,when they had presented their domiciles of ''SUI''.The security personnel used abusive language and did not let them in the building for an interview.The fields of Petroleum and Gas are present in the same area of Balochistan where these graduates belongs to but there is no jos for them beacuse they are Baloch.Pakistani state only interested in the resources of Balochistan but damn care about the Baloch nation.Now after the annoucement of five thousand jobs the non-residents of Balochistan specifically from Punjab and Sindh getting domiciles of Balochistan on the will of source and bribe;once they will get the domiciles then Iam 110% sure they will easily occupy all the jobs.

The halt of army garrisons is also the part of the package and the Frontier Corps will replace the regular army.Both considerations are not trustworty.Because the government only temporarily stoped the construction of cantonments;but they could restart the construction at anytime without taking the Baloch in confidence.Secondly there's no difference between FC and the regular army,both are the same thing by different names.In the recent past both were equally involved in the heinous crimes against the Baloch nation.Frontier core indiscriminate firing on the peacefull protest in Turbat and Tump respectively are the best examples of state terrorism where Altaf Buledi and Mukhtar got martyred and many injured during the time of same so called democratic government.

In the last line i only like to mention the report of the last NFC award which is just approved yesterday,readers can easily understand how equally they distributed the financial resources among the provinces.The overall percentage of the provinces in the resources would now be Punjab 51.74%; Sindh 24.55%; NWFP 14.62% and Balochistan 9.09%.

This new package is in actual a new tactic of the state against the Baloch nation,pakistani forces are badly defeated by the Baloch freedom fighters,now they want a certain period of time for their forces to counter back the freedom fighters and also divert the minds of Baloch nation and calm down the anger;they want to keep us slave for another 62 years.