Hunger strike till death, In Lock-up 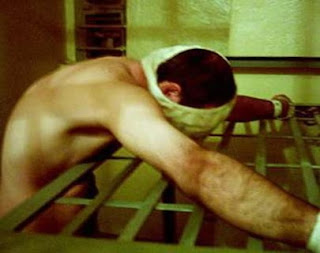 Baloch political activists Mujahid Qaumi and Mujeeb Wali have announced a hunger strike till death against the inhumane behavior of the security officials and the prejudicial conditions they are being kept in. Both the activists are presently in Turbat police station, and are being severely tortured.

Mujeeb Wali Baloch, a member of Baloch Student Organization Azaad, while speaking to the journalists at Police station Turbat revealed that after being arrested at Gwak check post he was taken to an army camp where he was tortured and asked questions regarding the underground armed organizations, Wali Baloch tried to convince the interrogators that he was just a political activist and had no connection with the armed groups apart from the moral support, this response made the officials frustrate and in frustration they tortured him to an extent that he is presently unable to properly stand on his feet. He also told that he was taken to Rodhban bridge, where he was given life threats, and he was told that his destiny would be death if he continued supporting the freedom struggle. While Mujahid Qaumi who too is locked in the same station told that he couldn’t rest on his back as it was badly injured due to the torture he received.

The activists have decided to go on a hunger strike till death until the Station house officer and other police officials of Turbat police station bring an end to their inhumane behavior towards the prisoners, specifically the one’s, who support the Baloch freedom movement.

Mujahid Qaumi Baloch was arrested on 4th of September along with his father, Mr. Ali Jaan Qaumi, a Senior Baloch intellectual and poet. Mr. Ali Jaan has been transferred to district jail on the basis on fake allegations of carrying drugs. Mujahid Qaumi was surfaced after being kept in army torture cells for 5 days.

Mujeeb Wali Baloch, a zonal leader of B.S.O. Azaad, was arrested from Gwak Check post, while he was on his way to Turbat, on 8th of September 2009. He was surfaced after being kept in army torture cells for two days.
Posted by Sarbaaz Baloch at 17:27