Relatives of those arrested in Balochistan hold zabolis responsible 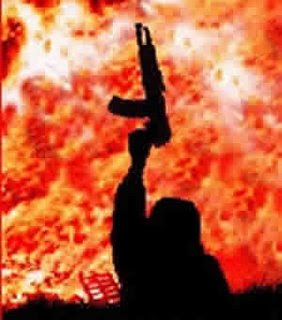 Relatives of those arrested in Zahedan and Sarawan has made Zabolis responsible for these arrests and warned that if the ordinary and innocent people who have not participated in any kind of political affairs dont get released then they will also target ordinary and un-armed Zabolis on the streets.

Brother of a arrested teacher while talking to the Taptan journalist said that zabolis are directly involved in this crime and all the military in Balochistan is populated by zabolis and the people who kidnapped my brother from the house were all Zaboli, we hold zabolis responsible for the crime against our people and if our brothers are not released then according to sharia we can get revenge which is also allowed in Islam, today zaboli military have arrested ordinary and un-armed Baloch people and torturing them therefore we also have permission to do the same and target normal zaboli people.

Another relative of a detainee said: we will get revenge in any case and regime should not think that it could force people to retreat, Arrest of innocent people proves that the regime is criminal and criminals should always be resisted and if our relatives are not released then the regime must wait to see our reactions, atleast we can target zabolis on the streets, it is better that the regime should not take this war that far otherwise there wont be a single Zaboli alive.