If I compromise on Baloch movement, my followers will kill, replace and forget me: Bramdagh Bugti 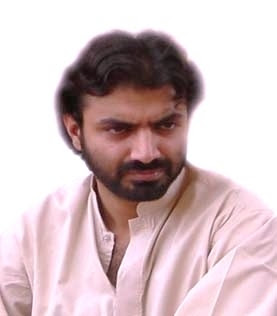 A confident Baloch guerrilla commander Nawabzada Bramdagh Bugti, 28, believes it is now “impossible” for Islamabad to get him extradited even if he is hiding somewhere in Afghanistan, as claimed by Pakistan’s Interior Minister Rehman Malik, or elsewhere in the wake of increasing “international moral support” the “ Baloch national liberation movement” is attracting because of its “legitimacy”.

Bramdagh, the fiercest face of the Baloch insurgency, is a grandson of late Nawab Akbar Khan Bugti, a former chief minister and governor of Balochistan who was killed by the Pervez Musharraf regime in a military operation on August 26 2006. Since then, the young separatist has taken the command of the armed Baloch fighters who demand an independent Balochistan. While the senior Bugti only demanded provincial autonomy for the gas-rich Balochistan province, Bramdagh differently interprets his grandfather’s dream. He stands for a free and sovereign Balochistan.

Pakistan has been blaming India for supporting Bramdagh’s armed movement via Afghanistan where Islamabad believes this young fighter is currently hiding. The situation in Balochistan has now transformed into a pain in Islamabad’s nick. On his part, the Baloch leader says if he enjoyed international support, he would vanquish his enemy overnight.

In yet another exclusive interview with this writer, the chief of Baloch Republican Party (BRP) and one of the most influential armed commanders of the ongoing Baloch movement once again denied hiding somewhere in Afghanistan. Excerpts:

MALIK SIRAJ AKBAR: How do you feel about possible efforts by Islamabad to pressurize the Afghan government to get you extradited from Afghanistan where you are believed to be currently hiding?

BRAMDAGH BUGTI: I have said it many times that I am not hiding in Afghanistan. I am very much among my Baloch people. With such propaganda, Islamabad is trying to raise non-issues and divert attention from the actual objectives and steady success of our struggle for Balochistan’s separation from Pakistan.

Dynamics of international politics have remarkably changed in the recent times. Our consistent armed struggle has proven it to the world that the Balochs are not terrorists but freedom fighters. Today, there is more “moral support” to us from the western media and the civilized world than ever before. Therefore, even if I am hiding in Afghanistan or somewhere in Europe, I am still confident that my hosts, no matter who they are but fully understand what the Baloch movement stands for, will not get me extradited to Pakistan at any cost.

The government of Pakistan had made failed attempts to implicate Hairbayar Marri and Gazin Marri, the sons of Nawab Khair Baksh Marri, in London and Dubai respectively in terrorism charges in the past. These Baloch leaders were tried in the most standard courts of the world where everyone is expected to get equal justice. These courts acquitted the Baloch leaders of terrorism charges and acknowledged that they were only the victims of geo-politics. They had been forced by Pakistan to flee their towns, which had come under intense bombardment, and take shelter either in the Baloch hills or go abroad.

To read more click on the link below
http://www.balochwarna.com/modules/news/article.php?storyid=2155
Posted by Sarbaaz Baloch at 14:47