Is Baluchistan becoming another East Pakistan? 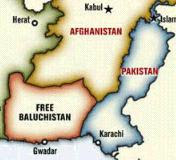 By Kuldip Nayar
Islamabad faces today practically the same situation in Baluchistan as it did in East Pakistan. The former is as increasingly getting alienated from Pakistan as was Bangladesh in the midst of liberating itself. The army was supreme then as it is today in Baluchistan. Zulfikhar Ali Bhutto, then heading the Pakistan People Party (PPP), was backing the shocking methods of the army, no different from the ones adopted against Bangladesh.
Yet East Pakistan broke away from Pakistan and became a free independent state in December 1971. Baluchistan may go the same way if Islamabad does not wake up to the excesses committed in the province. Shooting down one’s own people for asking for a place in the sun is creating a cleavage which will be difficult to fill. After the experience of Bangladesh, Islamabad should have learnt the lesson.
A representative of Baloch National Movement met me more than a year ago at a conference in one of the South Asian countries. He said that if Baluchistan had a border with India, it would have broken away from Pakistan by this time and joined India. That is the reason why New Delhi is suspect in the eyes of Islamabad. His narration of cruelties perpetrated on the Baluchis had a familiar ring because I had heard the same thing in Dhaka after the Bangladesh liberation war. I was told how the cream of society was killed in cold blood.
I think President Asif Zardari made a right move last September when he offered apologies to Baluchis and promised to begin a new chapter. All the three armed groups – the Baloch Liberation Army, the Baloch Republic Army and the Baloch Liberation Front — had announced a ceasefire. But Zardari failed to take the corrective steps like withdrawing the security forces, tracing ‘missing’ people, releasing political prisoners and stopping the construction of cantonments in Baluchistan.
Zardari could not convince the army and intelligence agencies that Baluchistan could be won back, not through arm-twisting but through showing concern over the excesses by the security forces.
Conditions have further deteriorated in recent years. The result is that the standard of independence is flying at the many buildings in Quetta, Baluchistan’s capital. Pakistan national anthem is not being sung in schools. Only a few days ago there was violence when the security forces tried to stop functions held on the third death anniversary of Nawab Akbar Bugti.
True, he was killed in a military operation during President Parvez Musharraf’s regime. But the Zardari regime has not punished the killers to apply the balm on the Baluchi wounds. He has even failed to file a case against Musharraf for the ‘murder’ of Bugti. They who are turning their anger against Musharraf into anger against the government, headed by the PPP, would have felt a bit compensated.
Baluchistan can still be retrieved if steps are taken to make the Baluchis feel that they are masters of their own affairs. I recall when I met Bugti more than 35 years ago when he was Baluchistan’s governor and said repeatedly that Bhutto must decentralize power. This was a genuine demand. We talked for almost five hours and found that he was reconciled to Islamabad’s rule provided it transferred to Quetta all subjects except Defence, Foreign affairs and Communications. When I conveyed this to Bhutto during the meeting the following day, he said he had already a tape of our five-hour-long talk. This was the way of Bhutto’s functioning. Subsequently, he dismissed Bugti and went on to employ authoritarian ways to rule the country. Bhutto also did not concede the Baluchis’ demand for control over their natural resources. Nor did he enhance royalty on the gas from the fields in Baluchistan.
Islamabad continues to suppress the Baluchis in a ruthless manner. The security forces have killed three popular Baluch leaders, including Ghulam Mohhamed Baloch, chairman of the Baluch National Movement, in the last couple of weeks. The whisking of defiant popular workers remains unabated. These are the same methods which cost Pakistan its eastern wing.
True, Baluchistan does not have a charismatic leader like Sheikh Mujib-ur Rahman leading the movement for independence in East Pakistan. Still Bramdagh Bugti, a grandson of the slain Akbar Bugti, is a magnetic young man of 28 years. He is becoming the focus of independence movement. If Zardari were to take the matter in his own hand, he would be successful in solving the Baluchistan problem. Prime Minister Yousaf Raza Gilani is seen as the face of the army which has evoked so much alienation as it did in East Pakistan.
The tragedy is that the Punjab dominated Pakistan continues to be a unitary set up while its structure should be federal. It is difficult to say how the situation would develop in Baluchistan in the future. But one thing is sure that laying the blame on India or using more and more force will be counter productive.
The writer is a veteran Indian journalists and diplomat. He was also one-time member of Rajya Sabha, the upper house of the Indian parliament.
Posted by Sarbaaz Baloch at 14:20