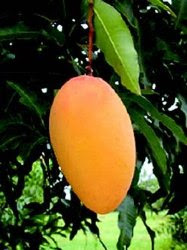 Zahedan - Head of Agricultural Sistan and Baluchistan: Annual 320 thousand tons of tropical and 780 thousand tons of subtropical fruit is produced in the province and exported in all other provinces of the country.

Mohammad Ali Nikbakht: to develop cultivation of tropical and subtropical fruits annually more than two million trees and seedlings produced in Baluchistan to distribute them to all other provinces of the country.

He named Banana, Sapodilla, Mango, Olives, Melon, Coconut and Tamarind as the tropical and subtropical fruits produced in the province.

He said the warm and humid climate of the south of Sistan and Baluchistan is the most suitable climatic condition for the development of tropical fruit's Gardening.

He said Considering the special conditions of Chabahar and its situations of tourism a tropical fruit garden of 15 hectares is created in the vast free land between Chabahar - Konarak to produce Coconut, Banana, Sapodilla, Mango and Tamarind.

He added: Growing tropical fruits as mechanization and creating job opportunities in this field is this year's aim of Agriculture orgnisation of Sistan and Baluchistan.
Translated by Sarbaaz Baloch.
http://www.irna.ir/View/FullStory/?NewsId=659308&IdZone=41
Posted by Sarbaaz Baloch at 10:35