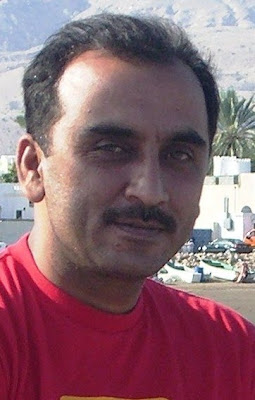 Occupied Balochistan: Son of Mir Abdul Nabi Bangulzai, Bohair Baloch has been abducted on Thursday (01-04-2010) from Askari Park Quetta. According to details Mir Bohair Bangulzai was driving home near Askari Park Quetta when he disappeared along with his car. It is widely believed that he has been abducted by the intelligence agencies of Pakistan, like thousands of other Baloch political activists from Balochistan. Relatives of Mir Bohair have contacted the local authorities but they have failed to trace him so far.

Karachi Baloch activist whisked away: A senior activist of BNM (Baloch National Movement) Mahboob Wadhela Baloch was snatched from a Karachi-Gwader bound passenger van here on Friday morning. According to details Mahboob Baloch alongside several other passengers were about to leave for Gwader from Karachi when several plane-clothed officials of intelligence agencies stopped the passenger van at Yousaf Goath in Karachi. The eye witnesses have reported that plane-clothed men abducted Mr Wadhela at gun point; almost dragged him to their vehicle and drove off towards an unknown location. The witnesses noted that the perpetrators were driving an official car.

Meanwhile a central spokesman of BNF (Baloch National Front) has strongly condemned the forced-disappearance of Mahboob Baloch and Mir Bohair Bangulzai Baloch. The spokesman alleged that Pakistan government and intelligence agencies were arresting Baloch activists ahead of the remembrance meeting of Shuhada-e-Murghab (Martyrs of Murghab) on 3rd April in Gwader. The statement further read that several BNF leaders and workers were pouring into Gwader from different area of Balochistan and Karachi to participate in the memorial gathering of Baloch Martyrs on Saturday that is why the agencies were trying to sabotage the BNF public gathering.

The representative of BNF made it clear that agencies will not be successful to stop the flow of Baloch freedom struggle by such pressure tactics. Such brutal and illegal arrests of party workers and other innocent Baloch will further provoke the Baloch youth and will boost their conviction for Baloch cause.